Meet Your AP Plus Team

The team is built up of world class experts with over a century of experience combined. We can't wait to guide you over the next two years.

Since 2014, Adam has dominated the swimming world when it comes to 50 and 100 metre breaststroke. Not only has he been crowned as multiple Commonwealth, European, World and Olympic Champion, but every year he's continued to break his own world record bettering his own mark again and again.

AP Plus has been formulated and developed along Adam’s own beliefs and experience of what it takes to be a world class swimmer. Adam wants to inspire a generation and leave a legacy, and through AP Plus Adam will be able to reach swimmers worldwide to guide them through their swimming journey along with the rest of the AP Plus Team.

Through Ed’s junior swimming Career, he was crowned Youth Commonwealth Games Champion and multiple British Record Holder all over the 200 meters breaststroke. In 2018 Ed found a passion for coaching and has been helping guide swimmers through their journeys for the last few years.

Ed has a passion for helping swimmers to understand more and more about swimming and how they can reach their full potential.

For nearly two decades Tom has been studying and applying his knowledge of performance psychology all over the world through various different sports. Adam has worked with Tom for a number of years and really engages with his unique mentality towards performing and winning.

Tom has a way of engaging everyone that he speaks to so you feel like you are on the edge of your seat with his revolutionary ideas of how swimmers can unlock their mind to make them faster, stronger and more powerful than ever.

Jas has been working as a performance nutritionist through various sports for a number of years including being the lead nutritionist for National Governing Bodies in the swimming world.

Jas loves to make nutrition more interacting and interesting than it has been in the past which makes it much easier and more exciting to engage with. Jas will be working alongside Rich to make sure that swimmers are maximising their potential through their diet to aid both training and racing. 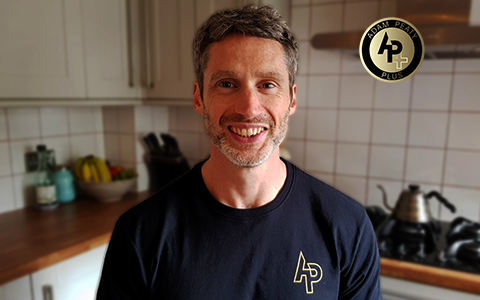 Since Adam was crowned Olympic Champion in 2016 Rich has been his nutritionist, guiding him through how to maintain a great diet through both training and racing cycles.

Over the past 15 years Rich has worked with multiple different national teams through various sports. In 2016 he found a real passion for nutrition in swimming and helping swimmers maximise their performances through the dietary choices they make. Rich will be working alongside Jas to make sure that swimmers are maximising their potential through their diet to aid both training and racing.

As a junior Lauren was a high level international competitive swimmer, representing England on multiple occasions. Through her own experiences she has developed a passion for supporting swimming parents through the swimming journey.

She is currently completing a PhD in Sport and Exercise Science at Loughborough University, with her thesis focusing around the parent-athlete relationship in elite youth swimming.

Gordon is known for putting elite athletes through their pace. Over the last few years Gordon has worked with Adam in the gym on a regular basis and are both extremely driven to achieve the highest results.

Gordon is renowned for his hard work ethic but one of his biggest beliefs is that swimmers must complete Strength and Conditioning work with world class form. While guiding swimmers through the program he will be making sure that they are learning the world class fundamentals that are vital to success in swimming.